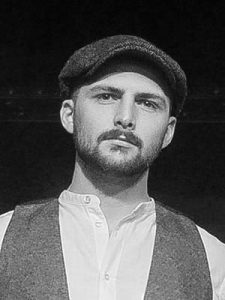 SIlky smooth voiced Jamie Murray Johnston grew up in Larne, Co. Antrim. Jamies has always been a singer. From an early age he took classical singing lessons which morphed into country and  then Irish music, his real love. Along the way, he began Irish dancing with his sister and went on to become a Champion Irish Dancer!

Jamie has performed all over the world, singing and dancing for audiences proudly representing his country. He is highly fascinated with all things Irish – specifically Ulster’s North Coast. The place and its people have shaped not only his musical tastes but almost every facet of his life. Jamie relishes every opportunity to talk of home with people from all corners of the world. “Oh aye. Especially if they’re offerin’ to buy a pint.” 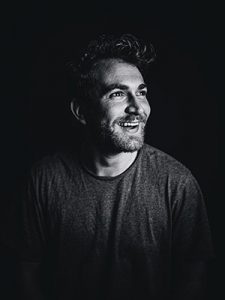 The consummate musician and stage performer, Matt grew up a stone’s throw from (and went to school with) Raymond and Jack in the beautiful city of Lisburn. Over the years, he has performed leading roles in Les Miserables and West Side Story and as an avid pianist, Matt can regularly be found in his little country church as organist and choirmaster.

But don’t be fooled – whenever there’s a party and a piano, he’ll be sure you know about it! He is delighted to be able to combine both his musical talents and heritage with the other Shamrocks and share the joy of Ireland with the world. 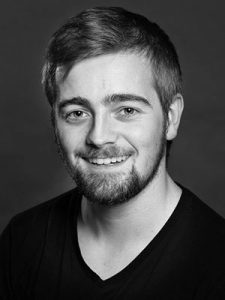 Matthew studied Music at Queens University Belfast, and his Masters focussed on Musical Theatre in Northern Ireland. Since 2018, he has toured and performed extensively with the Shamrock Tenors as singer, arranger, and multi-instrumentalist (Guitar, whistle, flute, fiddle, drums, bodhran – you name it. If It doesn’t move, he’ll play it!).  In the past, he worked with Peter Corry – touring Ireland and the Netherlands in his ‘Call Of The Celts’ show, as well as various other tours and projects.

Matthew has worked with many other respected performers including Malachi Cush, Andrea Begley (winner of the Voice UK), Donna Taggart, Karl McGuckin, and more recently alongside Liam Lawton and Phil Coulter. When he finds time away from the Shamrock Tenors, Matthew is a much sought-after Musical Director and Vocal Coach throughout Ireland 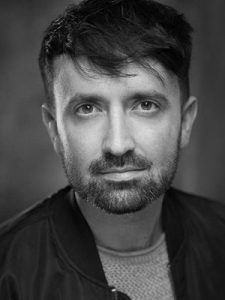 Raymond hails from Belfast, in County Antrim, and is the older brother of fellow Shamrock Tenor, Jack. Winner of the William Lloyd Webber singing trophy, he trained in Musical Theatre at the Guildford School of Acting and spent 8 years performing in musicals across the world.

For 2 years, he was Grantaire in the original version of Les Miserables in London’s West End and featured in the All Star Concert version alongside Alfie Boe and Michael Ball.  But there is nothing he enjoys more than singing with the Shamrock boys and the craic that goes with it.

Raymond formed the Shamrock Tenors in 2018 as a platform to showcase the most talented lads he knew in Northern Ireland to the rest of the world. 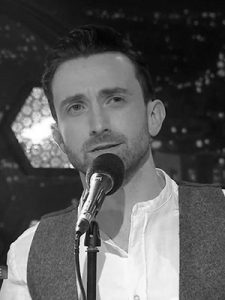 Jack’s beautiful, smooth voice blends with brother, Raymond, in a way that only brothers can. He and Raymond began singing in musicals together and when Raymond formed the Shamrock Tenors, it was natural that Jack would be an integral part of the group. He has a deft touch on the piano but on stage defers to the talented Messrs Good and Campbell!

Jack earned his BFA in Filmmaking from the New York Film Academy in Los Angeles, graduating in 2014. During this time, he composed the soundtracks to all his projects and completed a musical short film entitled “Not Another High School Musical” which he wrote, directed, composed, choreographed and starred in.

His thesis film, “Grace”, shot in troubled 1979 Northern Ireland, screened at Warner Brothers Studios in Los Angeles and was accepted into the Cannes Film Festival Court Métrage in 2016.